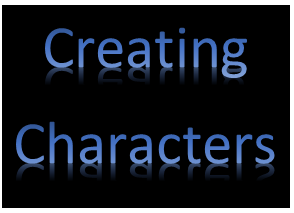 In the TPRS classroom, it’s easy to get lots of repetitions in the 3rd person. My kids can describe the details of another person pretty well:

But when I ask them about themselves, they generally respond in one of 3 ways:

So what to do? How can I get them to start talking about themselves accurately?

I have been experimenting with how to get the kids to be able to describe themselves in Spanish. The key with acquisition is to get lots of repetitions of the target structures, then the students internalize the language forms. Eventually, after a silent period in which they soak up the language, they begin to be able to use the forms without much conscious effort (this is, of course, a major oversimplification, but it’ll do).

As language teachers, we target certain forms based on utility. I could help students to acquire the word for “I SCUBA dive (buceo)” and in some situation in the future, I might do just that, but until then, they probably won’t need that low-frequency verb as much as they’ll need the word for “I want (quiero)” or “I can (puedo).” It can be difficult, when telling stories, to include the first person. The technique in the “green bible” (Fluency Through TPR Storytellingby Blaine Ray and Contee Seely) is to get repetitions of the 1st person in the conversations and confirmations of details with the characters in the story. This has been only partially effective for me because of my teaching schedule (only 2 days per week).

To get this, I tried something new. I created a new character and drew him up on the board. He is an old man named Frank (named after one of my dearest friends). I describe him using the forms that the students have already shown that they have acquired and then compare him with myself using the first person and emphasizing the different verb forms (not stating them explicitly, just drawing the students’ attention to the fact that I am not using the same word for the 3rd and 1st person).

Then I ask the students in the classroom.*

The student can generally answer with the number (sometimes in English, sometimes in Spanish). I write the full phrase and encourage them to use it (tengo 12 años), but I don’t force them.

This accomplishes a lot. It engages the kids, because after 2-3 students have been asked, the others start to answer with silly things (100, 1000, infinity, π, etc).

I repeat this process for all the other ways that we have been able to describe the characters in our stories (name, age, where they live, what they like, what they are like):

Then, to really drive the point home and get the kids back into some semblance of classroom-appropriate behavior (after this line of questioning, they have a tendency to get rowdy, especially in the 4th and 5th grades, when they have a lot less anxiety than Middle Schoolers about looking silly in front of their friends). I have them write out their own personal information in their notes.

The final part of the activity allows for some unbridled creativity (aka silliness) and it was highly successful for engaging the students: The students create a character of their own (just like I did with my character “Frank”). Then, they pretend to be that character and fill in the personal information in the first person. Finally, they illustrate and present their characters to the class.

They have to state the same phrases that they stated about themselves, but their task is to do so in the character of the person they created. Some of the funniest were Señor Potato, who was 290 years old, lived on Pluto, and was short and intelligent.

This activity was a lot of fun. It’s not the most original thing that I’ve ever done and I’m sure that there are lots of similar activities out there, so I hope that I’m not stepping on anyone’s toes by stating that it came from me. We got to state all the information in the first person and make some silly sentences and pictures. The kids really took it and ran with it: Some made props out of paper (beards, hats, etc), others donned silly voices, still others put themselves in crazy postures, all to get themselves into the character and be silly. The best part, though, is that they (mostly) were able to use the 1st person forms of the target verbs we have been learning.

The next step? Start telling stories from the 1st person perspective.

More about that (and scripts!) coming soon!

*A note about output:

I have been working through some ideas on output in the classroom. In the next few weeks, I will have a new post about output in the classroom and how I try to use it (basically, let kids who want to talk try to talk and don’t force it…And it’s probably not a good idea to grade for accuracy for NM or NH students).

More on that topic soon.

**Silly anecdote: I have a long-running joke (long-con?) about how my actual first name is not Albert but rather Señor. It came from when we got new name tags that say our full names instead of Mr. or Mrs. Blah. The kids all used my first name, “Hi AAAAALLLLLLBBBBERRRT.” So I decided to tell them that it was an error and that Albert is actually my middle name and my real first name is Señor because when I was born, my parents knew I was going to be a Spanish teacher, so they wanted me to be used to being called Señor.

The place to learn about doing webinars

Teaching foreign languages with Comprehensible Input (CI)... and other ramblings.

An EdTech Approach to a TPRS World